Why was it started?

The Japan Exchange and Teaching Program (JET) began in 1987 with the aim of promoting mutual understanding between the people of Japan and other nations and increasing the internationalism of Japan’s local communities through foreign language education and international exchange. There are now 1,000 local government organizations, 45 prefectures, and 18 designated cities that host JET participants and the JET program is one of the world’s largest international exchange programs, more than 70,000 people from 75 countries have participated since 1987.

How does it work?

The JET program is governed by contacting organizations of Japan in coordination with the Council of Local Authorities for International Relations (CLAIR), the Ministry of Foreign Affairs (MOFA), the Ministry of Education, Culture, Sports, Science, and Technology (MEXT), and the Ministry of Internal Affairs and Communications (MIC). The main goal of the program is to promote grassroots internationalization at the local level. The JET program seeks to hire young college graduates from around the world to work as Assistant Language Teachers (ALTs), Coordinators for International Relations (CIRs), or Sports Exchange Advisors (SEA). The specific work of each JET participant is independently determined by each prefectural governor or city/town mayor.

Each year, the JET program recruits about 2,000 new participants to work in Japan for a minimum of one year. There are 13 general criteria for applying to the JET program:

(1) Be interested in Japan and willing to deepen ones knowledge and appreciation of Japan after arrival; be motivated to participate in and initiate international exchange activities in the local community; make efforts to study or continue studying the Japanese language prior to and after arrival in Japan.

(2) Be mentally and physically healthy.

(3) Be willing and able to adapt to living and working in Japan, and commit to responsibly fulfilling their job duties for the duration of their period of participation.

(5) Be a national of the country where the recruitment and selection procedures take place by the time they submit their application. Those who possess Japanese citizenship must have submitted their application’s to renounce their Japanese citizenship before submitting their Reply Form. Applicants with multiple nationalities with countries other than Japan may only apply as a national of one of those countries.

(6) Be adept in contemporary standard pronunciation, rhythm, and intonation in the designated language and possess excellent language ability that can be applied accurately and appropriately; have the ability to form sentences in a comprehensive and logical manner.

(8) Not have declined a position in the Program after receiving notification of assignment in the previous year, except in cases where the participant had a valid, inevitable reason for withdrawing.

(10) Have a desire to proactively maintain relations with Japan, even after completion of the Program

(11) Agree to reside in Japan under the status of residence stipulated in Article 2-2 of the Immigration Control and Refugee Recognition Act.

(12) Be willing to obey all Japanese laws.

(13) Applicants with a suspended jail term must have finished their period of probation by the time they submit their application form.

Additionally, applicants from non-English speaking countries must have a functional command of either the English or the Japanese language in addition to their native language. ALT applicants must also be interested in the Japanese education system and the foreign language education system in Japan, be interested in working with children, and be qualified as a language teacher or be strongly motivated to take part in the teaching for foreign languages. All CIR applicants must also have a functional command of the Japanese language in addition to the above criteria.

There are seven steps to the application process for JET and the recruitment, application, and selection processes are governed by Japan’s Ministry of Foreign Affairs via its embassies and consulates in participating countries:

What impact does it have?

The JET Program is one of the largest and longest running foreign exchange programs in the world, having brought more than 70,000 participants from more than 75 countries. When the program started in 1987, the introduction of foreign English teaching assistants to Japan was considered revolutionary, there were only 800,000 foreign residents living in Japan at the time – 0.6% of the population. For participants, the opportunity to connect with Japanese communities outside of major cities was a rare and unique experience at the time. The JET Program also has a large alumni association, with more than 26,000 members in 52 branches located across 15 countries. 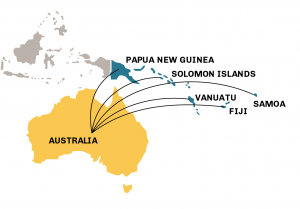 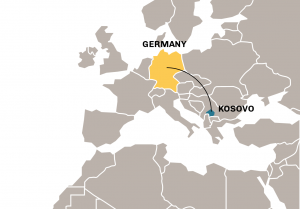 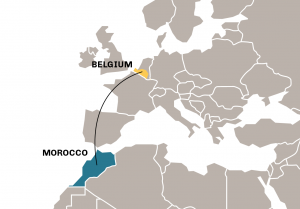